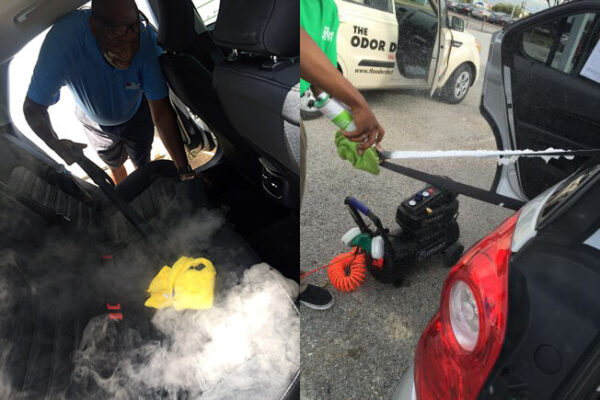 Dealers Only, this kit contains everything you need to deodorize and sanitize 12 vehicles. Only $35 per car!

Odor Extraction
The Odor Doctors will send you a do-it-yourself kit that will include Foam, Deodorizer, and Sanitizer. This easy DIY kit will sanitize your automobile and help you remove smoke and other odors from your vehicle.

A bad odor, especially smoke, can impact the trade value of a vehicle by several hundred dollars, particularly on high end vehicles. Whether you need your sales inventory or family sedan treated, The Odor Doctors’ DIY Kit removes odors reliably.

Odors from Your Vehicle’s A/C Unit

Chemical, Marijuana and Other Odors!