The Odor Doctors are truly dedicated to developing and improving solutions or sanitizing vehicles and interior areas from unpleasant smells. 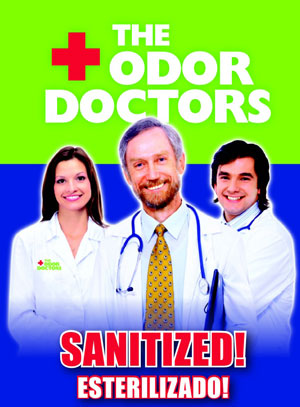 The Odor Doctors have been in business for 9 years and during that time we have perfected the science of odor removal. We are auto car professionals and we started our business because we realized how important odor removal was.

While it may seem as a purely cosmetic issue, car odors are a major problem and they can pose some serious health risks. Odors are a sign that something is amiss in your vehicle and they can be caused by unwanted chemicals or a variety of bacteria mold and growth. Too often these scents are just covered up with air fresheners instead of dealt with properly and removed completely.

As seen in the Houston Chronicle

The Odor Doctors is the only thing that really works!

We had a sixty thousand dollar Chevrolet Suburban with a mouse trapped and dead in the vents. We tried every possible way to remove the stink. No success. I remembered, call The Odor Doctors! We’ve never had an experience with odor that The Odor Doctors could not remove.