The Odor Doctors will travel to your home or place of business and remove smoke and other odors from your vehicle.

A bad odor, especially smoke, can impact the trade value of a vehicle by several hundred dollars, particularly on high end vehicles. Whether you need your sales inventory or family sedan treated, The Odor Doctors removes odors reliably.

Odors from Your Vehicle’s A/C Unit

Chemical, Marijuana and Other Odors! 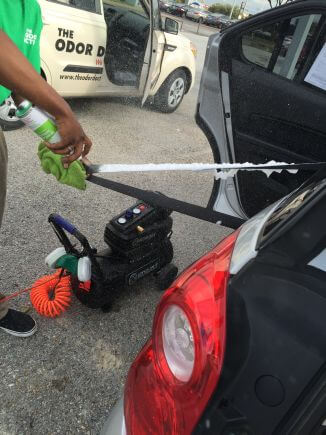